Sealand skull, one of the many skull - skull with unusual shapes. Since it was first published to the public, this skull has raised many questions and controversies. Whether the skull belongs to an alien? or previously unknown creature? or maybe the skull is just a hoax?

Sealand skull was first discovered in July 2007 by some workers who were replacing sewer pipes in a house. Strange skull was discovered in the area Olstykke, Danish island of Sealand. Although he became a headline in the local media at the time, but the skull is not examined again until 2010.

Some researchers are researching the skull at the Veterinarian High School said that they have not found the answer to the mystery of the Sealand skull. Skull was discovered when a group of workers were replacing underground pipelines. 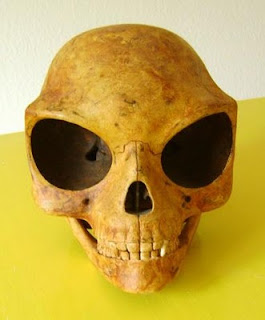 The inventor said that if he had thought that he found it was a horse bone, as he and a friend - the friend replace the pipe in the middle of a horse slaughterhouse, so he was not surprised to find the skull. However, after he cleaned the skull, he realized that the skull is similar to a human skull, but the shape is very strange, with a very large part of the eye, like an alien. Excavation was resumed, but they found only animal bones, stone axes, and equipment from the Neolithic period, none of which related to the skull bones were found in the area.

The skull was then taken to the Niels Bohr Institute in Copenhagen. Results from these studies is that the skull came from the year 1200 and 1280 BC. The skull was found above the old pipes which indicates that the skull was buried after 1900, and it is also an indication why the other part of the bone was not found, probably buried elsewhere. 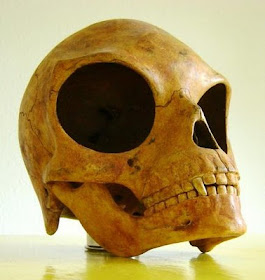 Having published the results of these studies, there are varying opinions and theories on the origins of and who is buried skull. Olstykke residents say if there is an association formerly called l'Ordre Lux Pegasos (The Order of Pegasus Light). The club is known as the guardian of objects - objects believed to be mysterious and keep it.

Objects - objects such as strange human skulls, some tools that emit a strange light, iron and ceramics that can not be broken and cracked, and objects - other strange objects. however, the theory is doubtful because the association itself has been known to the public and it is impossible to hide object - the object is in the middle - the community because their presence known to the community. 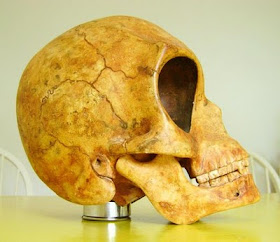 So, on the origins and who buried the skull remains a mystery to this day. Sealand Skull is 1.5 times larger than Homo Sapiens skull, especially in the eyes very large. Smooth surface of the skull which indicates that these creatures have adapted to cold environments, and large eyes might indicate that these creatures are creatures of the night. majority of people found the skull may belong to a type of primate that lived in the past. 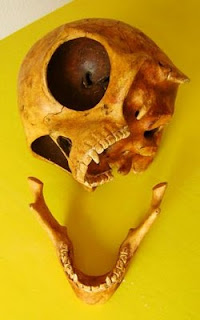 This can be seen on the tooth that is similar to the teeth in primates. However, of the several theories that have sprung up, there is a theory that people most often raised. The theory says if the discovery of the skull was a hoax. It can be seen from the shape of the skull itself looks very neat, even practically no parts missing alias still smooth, and moreover there is no other media that publish different news, all sourced on-mysteries.com unexplained, so it can be concluded if unexplained-mysteries.com is the first site to publish it. The second hoax theory says if the skull is probably similar skull owl monkeys, tarsiers, monkeys night or manipulated, but this theory needs more research to prove it. 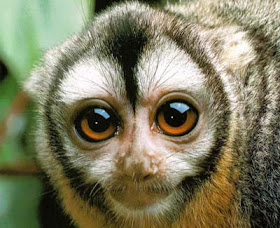 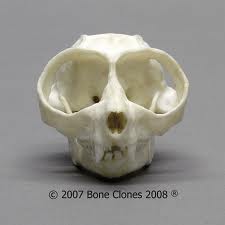 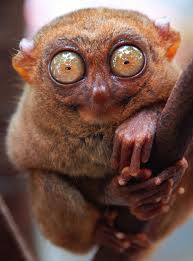 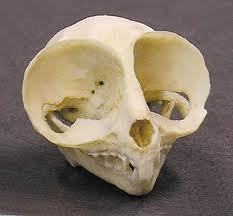 
Well, Sealand Skull is still begs the question - unanswered questions, may need more intense research is done to get more clues. Until scientists find answers to the mysterious skull, I'm sure if a lot of people who say that the skull is a fake alias hoax.
Unknown at 9:07 AM